Songs from the Place of Dead Roads 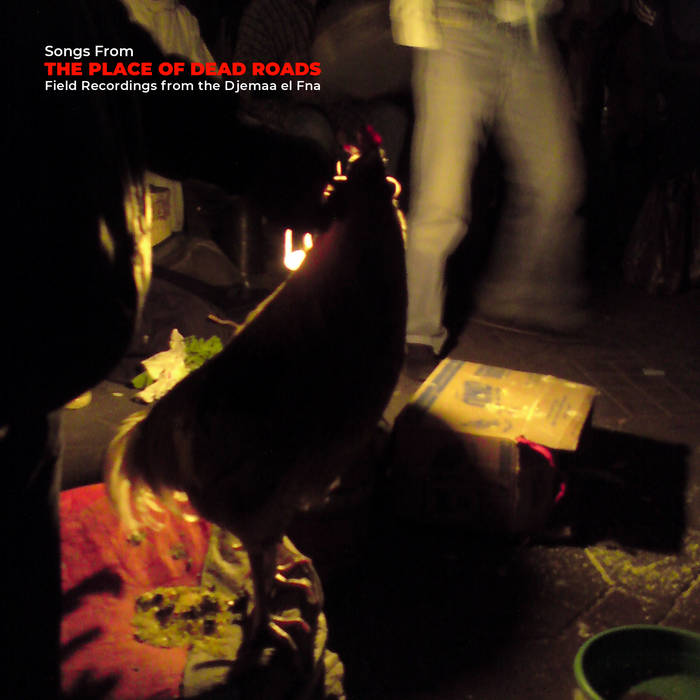 We're putting these recordings up as pay as you like and any proceeds will be equally split between Brighton Unemployed Centre Families Project and Centrepoint..

Brighton Unemployed Centre Families Project do very important work with the unemployed and those on a low income in Brighton and Hove. The centre provides low cost meals, impartial and independent benefits and welfare advice, computer and internet access, low cost classes, a food bank and a range of other essential support.
More info here:
bucfp.org

Centrepoint is the UK's biggest youth homelessness charity and they provide housing and support for young people in London, Manchester, Yorkshire and the North East and through partnerships all over the UK.

My first taste of the exhilarating madness of the Djemaa El Fna was in 2003, some hours after arriving in the city. I was with my 3 children (our youngest was 3 years old) and we stopped to watch an acrobat who'd attracted a large crowd. He stopped his acrobatics and started to address the crowd in Arabic attracting some laughs; after some minutes it became apparent he was talking about me. He pushed his way through the crowd until he was standing in front of me and my boys, addressing me directly in a language I couldn't understand, becoming increasingly angry, to the point that I was drawing my sons closer to my side. He was almost shouting in my face when I noticed he was holding a small tea glass, the crowd was laughing and the whole experience was starting to feel pretty scary, when suddenly he held the tea glass up, his face a ferocious mask, and then smashed the thing against his forehead, shards of glass falling onto the ground between us. The crowd erupted in gasps and howls of laughter and we sidled away, shocked and a little overwhelmed. This was the start of my love affair with the place, a constant source of wonder, amazement and confusion.

The music here is endless, the pipes and drums of the snake charmers start in the morning, the gnawi turn up in the afternoon, but as the sun sets groups from around the country set up and compete for the attention of the crowds. Banjo's or electric ouds are amplified through beat up old loud hailers or other makeshift speaker systems, men dance on upturned tin laundry buckets, violins, guimbri, the abrasive sound of the sawed rabab, and drums, never-ending drums...every night is unique but also the same as the last.
These recordings were made during wanders around the square in March 2011 and March 2012. I'm sorry about the poor quality, but then again, I think you get a good sense of the energy of the place.

Recordings made by Marc Teare on an old iPod classic with a Blue microphone in March 2011 and March 2012.
It's not hi fidelity and there are some sections in which you'll hear some clipping, but you'll also hear something of the joyful and ecstatic communal music that can be heard in the Djemaa El Fna on any night of the week

Hive Mind is a vinyl led record label bringing you vintage and contemporary sounds from around the globe.

Bandcamp Daily  your guide to the world of Bandcamp